Share a memory
Obituary & Services
Tribute Wall
Read more about the life story of Eric and share your memory.

Eric was born in Lansing on  April 9, 1963 to Roger and Linda Adams

He graduated from Lansing Eastern High School in 1981 and was an avid University of Michigan fan and enjoyed rock collecting.

Eric worked for the City of Lake City for nearly ten years, first as a seasonal worker and then as a full-time municipal employee. Eric took over the Lake City Cemetery as the Sexton and brought an amazing level of pride and caring into the position. He worked to keep the Cemetery in nearly an immaculate condition and the love and respect that he brought to families in difficult times will never be forgotten.

He served as a member of the Lake City DDA until it was downsized in preparation for reorganization and was instrumental in getting the City Dock built. Eric worked with community members on several projects in the city. He was a member of the Lake City Planning Commission for several years and with other members of that group worked to modernize and grow LakeCity. He was proud of “his” town and his connection to it.

Eric was a member of the Lake City Area Fire Department for nearly seven years. He will not be forgotten for being an energetic and conscientious firefighter, and it’s official downtown Santa Claus.

Eric was a member of the Sons of the American Legion Squadron Post 300. Most everyone remembers he was a regular worker for their pancake breakfasts and an avid supporter of The American Legion.

He was appreciated and respected for looking after his neighbors. He would dive in and handle anything from light home repairs to yard maintenance to watching over seasonal resident’s homes. It has been said that “he is the neighbor everyone wished they had”.

He was preceded in death by his parents and also a brother, Earl Adams in 1978.

A Celebration of Life will be held on January 7, 2023 beginning at 4:00 p,m., at the American Legion Post 300  in Lake City. Burial will take place in the Lake City Cemetery.

Memorial contributions may be directed to the Sons of the American Legion (SAL) Squadron Post 300 of Lake City.

The Young-Holdship Funeral Home in Lake City is serving the family.  Words of comfort may be shared at www.holdshipfuneralhomes.com. 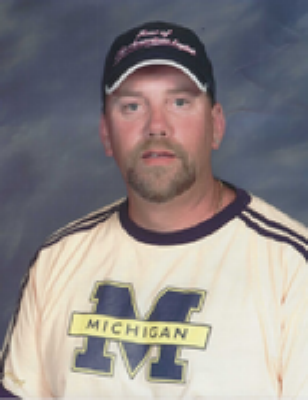