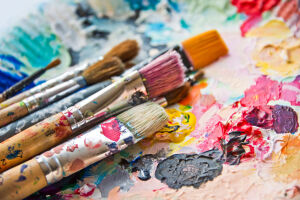 Evelyn M. Hanneman-Marsh, age 95, of Houghton Lake passed away on Saturday July 10, 2021 at Maple Ridge Assisted Living Center, Lake City with her loving family by her side.

Evelyn was born on September 15, 1925 in St. Louis, Michigan to Albert and Charlotte (Powers) Habeker. She grew up in the St. Louis area where she graduated from St. Louis High School.  She worked as a operator for Michigan Bell Telephone for many years.  Evelyn was married on November 25, 1950 in Angola, Indiana to Loren J. Hanneman, who preceded her in death in 1992. She later married Edward G. Marsh on June 17, 2006 in Houghton Lake and he preceded Evelyn on October 11, 2020. Evelyn was a member of the Houghton Lake United Methodist Church and Houghton Lake Elks Lodge. She enjoyed painting, drawing, cooking and baking.  In her younger days she was an avid golfer.  Evelyn's special love was spending time with her family.

Memorial services for Evelyn Hanneman-Marsh will be conducted at 11:00am Thursday July 22, 2021 from the Houghton Lake United Methodist Church. Interment will be in Roselawn Memorial Gardens in Saginaw. Memorial contributions in memory of Evelyn are asked to be directed to Heartland Hospice. Christler Funeral Home- Houghton Lake Chapel is serving the family. Condolences can be sent to the family online at www.christler-holdship.com