Share a memory
Obituary & Services
Tribute Wall
Read more about the life story of Ila and share your memory.

Mesick - Ila Mae Cosgray, formerly of Grayling and Manton, passed away with family by her side on Wednesday, November 30, 2022 at home. She was 93.

Ila was born on July 6, 1929, in Lansing, Michigan to Joseph and Ruth (Abbott) Richardson. Ila grew up in the Stockbridge area, where she worked as a manager for an area farm. On September 5, 1948 she entered into marriage with Wayne G. Cosgray at the Millville Methodist Church.  In 1959 they relocated to their farm in Manton. Ila spent over 20 years working at Manton Industries before eventually moving to Grayling. Ila was a member of  the Grayling United Methodist Church, the Eagles Lodge in Grayling, and active in the Grayling Senior Center.

She is survived by her children, Joanne Richard of Mesick, John Cosgray of Manton and her daughter-in-law, Kay Cosgray of Florida; her brother, Robert Richardson of Lansing; eleven grandchildren; seven great-grandchildren; a sister, Kathy Young of Chelsea, MI; many nieces and nephews; as well as several other loving family members and friends.  She was preceded in death by her parents; husband, Wayne Gale Cosgray in 2009; daughter, Diane Kay Siddall; son, Bob Cosgray; her grandson, Danny; and her beloved four legged friend, "Tiny".

Funeral services will take place at the Hall-Holdship Funeral Home on Saturday, December 3, 2022 at 11am, with visitation one hour prior. Interment will follow at the Soper Cemetery in Colfax Township.   Memorial contributions may be directed to the Manton United Methodist Church or the Manton Senior Center.

Condolences and memories may be shared with the family online at www.Hall-Holdship.com    The family is being served by the Hall-Holdship Funeral Home. 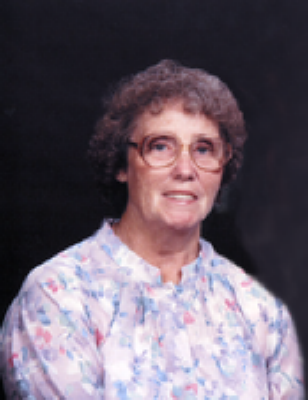