Share a memory
Obituary & Services
Tribute Wall
Read more about the life story of John and share your memory.

John Charles Marotzke, age 80, of Houghton Lake passed away on Monday, December 19, 2022 at his home surrounded by his loving family.

John was born on January 22, 1942 in Clare, Michigan to John and Doris (Town) Marotzke. He served in the United States Air Force during Vietnam War time. John was married on August 28, 1965 in Clare, Michigan to Maxine Guerrero. They moved to Houghton Lake 10 years ago, and happily enjoyed their retirement together. In his working years, John was a Freelance Cinematographer. He worked for many film companies, TV networks, music venues and independent artists. In his free time, he enjoyed taking photographs of birds and old cars, competing in competitive muzzleloader events, and spending time with his loving family.

John is survived by his loving wife of 57 years; Maxine Marotzke of Houghton Lake; Children, Jeffrey Marotzke of Grosse Pointe Park and Vicki (Eric) Brust of Shirland, Illinois; and Grandchildren, Ada, Elsa, Evan, and Anna. He was preceded in death by his Parents and Sister, Judy Colby.

Per John's request cremation will take place and private family services will be held. Memorial contributions in memory of John are asked to be directed to Promedica Heartland Hospice. 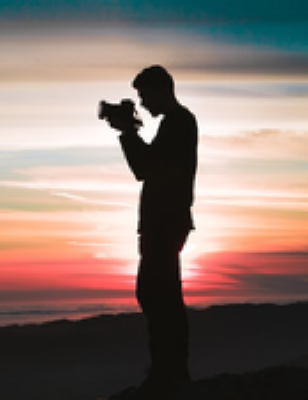