Share a memory
Obituary & Services
Tribute Wall
Read more about the life story of Kenneth and share your memory.

Kenneth E. Wiseley, of Mesick, passed away on Tuesday, January 17, 2023 at Symphony Linden Nursing and Rehab Center. He was 72.

Ken was born on August 17, 1950 to Orville and Doris (Scott) Wiseley in Pontiac, Michigan. He proudly answered the call of duty serving in the United States Army during the Vietnam era. After serving his time in the military, he went on to academy police training. Ken spent his career working as a Police Officer serving the communities of Sylvan Lake Police Department, then Green Oak Twp. Police Department, and finally retired from Brighton City Police Department. On July 6, 1996 he entered into marriage with the former Terry Krager in Sault Ste Marie, Michigan. The couple relocated to Mesick, where they created a wonderful life together, making many memories spending time at the lake. Ken later worked as an ordinance officer for the city of Manton. He enjoyed traveling and visiting his friends. Ken cherished the time spent with his grandchildren and great-grandchildren, he will be remembered as a wonderful grandpa.

Cremation has taken place and no services will be held at this time, per his wishes. 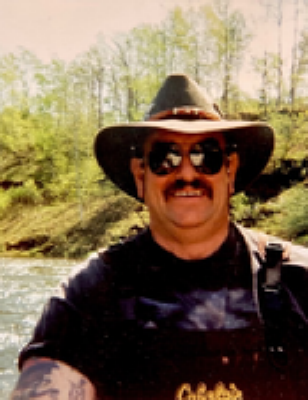