Your Order Details
Music by the O'Neill Brothers
Share a memory 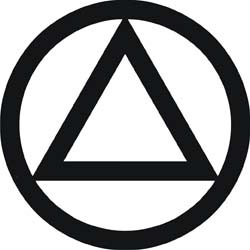 Mark E. Vick, age 70, of Maple Valley passed away on Friday September 2, 2022 at his home surrounded by his loving family.

Mark was born on November 25, 1951 in West Branch, Michigan to Edwin and Betty (Cook) Vick. He was married on December 17, 2013 in Roscommon to Yun Qin. Mark was a Mechanical and Plumbing inspector, as well as a landlord for many years. He was a member of BARC (Bay Area Runners Club), Northern Michigan Mechanical Plumbing Inspector Association, former member of the Masons, and was a proud member of AA for 41 years. Mark was the founder and owner of the Northern Center in Houghton Lake. He enjoyed fishing, hunting, running and school sports. Mark enjoyed volunteering whenever he was able. He was actively involved in getting the Houghton Lake Cross Country Team started back up. He was a volunteer coach for the Houghton Lake Middle School and High School cross country team and was a former little league coach for many years.

Funeral service is scheduled for Wednesday September 7, 2022 at 12:00 pm at Christler Funeral Home-Houghton Lake Chapel with Rev. Paul Kruse officiating. Visitation is scheduled for Wednesday September 7, 2022 at the funeral home from 10 am until the time of the service. Burial will take place at Maple Valley Cemetery. In-lieu of flowers memorial contributions in memory of Mark are asked to be directed to the charity of the donor's choice. You may express your condolences to the family at www.christler-holdship.com Christler Funeral Home-Houghton Lake Chapel is handling the arrangements.

Lunch provided by the family at The Northern Center, 7784 Stone School Road Houghton Lake MI. Doors will open at 1pm, with free open gym basketball and cornhole for guests.  Lunch Sharing and Celebration will begin at 2.