Share a memory
Obituary & Services
Tribute Wall
Read more about the life story of Martin and share your memory.

Martin C. Blackledge, Jr., our dear father, grandfather, great-grandfather, uncle and friend, left us peacefully on November 19, 2022 from his home on 5th Avenue in his beloved town of Marion, Michigan.  He was 85.

Martin, “Mart”, or “Marty” was born in Redding Twp, Clare County, Michigan.  He was born to Martin and Alice Blackledge on July 27, 1937.  He attended grade school and high school in Marion.  He met his former wife, Shirley V. Connor, during their senior year in high school and married on July 14, 1956 in Evart, Michigan.   Following high school graduation, Martin attended and worked at Michigan State University, where he obtained his certificate in Agricultural Farming.  Martin and Shirley started their family in 1957 and it grew to four children through 1962. Martin worked in his early career building silos for AOS Smith Harvester.  In 1963, Martin and Shirley bought their first homestead, in Marion, to begin their farming life.  During his farming business he raised beef cattle, feeder hogs and milked dairy cows. Martin and Shirley also owned the Marion Grain Company from 1970 to 1982.  Martin also served his treasured town of Marion as a Township Trustee in 1989 and then as Supervisor for many years serving from 1992 until his death.  Although his favorite career was always farming.

Martin is survived by his four children, Victoria, Michael, Daniel all of Marion, and Amy (Charles) Bilyea of Gaylord; nine grandchildren and nine great-grandchildren; brother,  David Blackledge of Frederick, MD; sisters, Helena (Tina) Blackledge and Sarah (Richard) Groves; and many loving nieces and nephews.  He was preceded in death by his mother, Alice; father, Martin Sr.; sisters, Mary, Catherine and Florence; a grandson; his former wife, Shirley, who preceded him in February 2020.

Visitation will be held on Saturday, November, 26, 2022 from 12 p.m. until 2 p.m. and 4 p.m. until 6 p.m. at Fosnaught-Holdship Funeral Home in Marion. Funeral services will be conducted on Sunday, November 27, 2022 at 2 p.m. also at the funeral home. In lieu of flowers, please consider donations to the Marion F.O.E. #4087 (Fraternal Order of Eagles) specifically for Mittens and Hats for School Bus Fund; or the Marion Fair Board- large animal wash station. 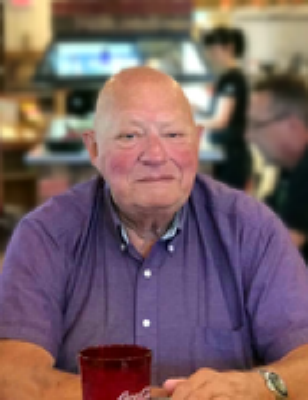