Share a memory
Obituary & Services
Tribute Wall
Read more about the life story of Michael and share your memory.

Michael Gordon Sundberg, of Cadillac, passed away on Monday, January 23, 2023 at his home after a courageous battle with cancer. He was 77.

Michael was born on June 1, 1945 to Gordon and Mercedes (Cassabon) Sundberg in Laurium, Michigan. He was a graduate of Garden City High School. Michael proudly answered the call of duty serving in the United States Marine Corp during the Vietnam Era. On September 24, 1968, he entered into marriage with the former Veronica Curaba in Detroit, Michigan.  Michael spent his career working as an automotive manager for 30 years, until his time of retirement. He later went on to work at Home Depot, where he used his skills as a master gardener to help people bring beauty to their surroundings. In his spare time, he liked to grow roses and many other flowers and trees. He always said that flowers are the angel’s calling cards sending down love and joy. He enjoyed making homemade candy, which he would share to bring smiles to many. The charity works he gave in his life are truly more than can be mentioned. His faith in God was an amazing example to many. He was a faithful member of St. Ann Catholic Church. Michael cherished the time spent with his family, especially his grandchildren.

He was preceded in death by his parents, Gordon and Mercedes; his brother, Milton Sundberg.

A memorial mass will be conducted on Friday, February 10, 2023 at 11 a.m. with visitation held one hour prior, beginning at 10 a.m. at St. Ann Catholic Church, with military honors provided by the Cadillac Area Honor Guard.

Memorial contributions may be directed to St. Jude children’s hospital in Michael's memory. 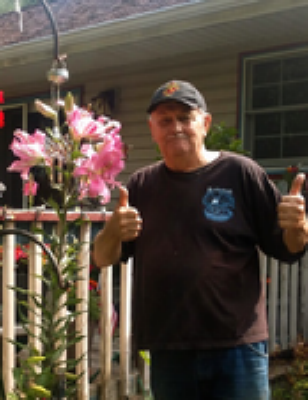