Share a memory
Obituary & Services
Tribute Wall
Read more about the life story of Mildred and share your memory.

Millie was born April 11, 1932 in Hastings, Michigan to Charles B. and Mary (Kinne) Hawthorne.

She was married to Richard E. Thompson in Merritt on December 17, 1955.

Millie’s attribute of being firm in her beliefs and unafraid to speak up, carried over in her role as a teacher for 21 years. She was a home economics and physical education teacher in the Lake City Area School . She was the girl’s basketball coach, cheerleading coach and Junior and Senior Class advisor. Millie was instrumental in allowing girls to take shop class and boys to take home economics, which  had never been done before.  A marriage and family class, created by Millie for high school seniors, introduced  students to problem-solving  real-life situations.  She chaperoned trips and dances and directed the Junior Class play and organized the Senior Banquet.

Millie was also the FHA (Future Homemakers of America) advisor, as well as the school newspaper and yearbook advisor. She retired from teaching in 1975 and was a Shaklee Distributor for many years.

Millie was a member of the Lake City United Methodist Church and stayed involved in the activities of the church. Strong in her faith, Millie taught Sunday school classes using entertaining stories to make a point.

She was also a member for 50 years of the Lake City Women’s Club. Her leadership roles with the organization included many officer positions in the local club, as well as serving twice as district  president.

Millie has led an eventful and active life filled with family, friends, careers and service to her community. She was an avid reader and served on the Missaukee Library board for a number of years.  She joined two of her hobbies, reading and creating tasty edibles, to make waffle cones to celebrate the library’s summer reading program for children.

She was preceded in death by her parents, two brothers, Russell and Rex Hawthorne, two sisters in law, Leota and Mardell Hawthorne and a brother in law, Neil Davis.

A memorial service will be held at 11:00 a.m. on Saturday, April 15, 2023 with Pastor Russell Logston officiating.  A time of visitation will begin at 10:00 a.m. until the beginning of services. Burial will take place at the Lake City Cemetery.

Memorial contributions may be directed to the Lake City United Methodist Church.

The Young-Holdship Funeral Home in Lake City is serving the family. Words of comfort may be shared at www.holdshipfuneralhomes.com. 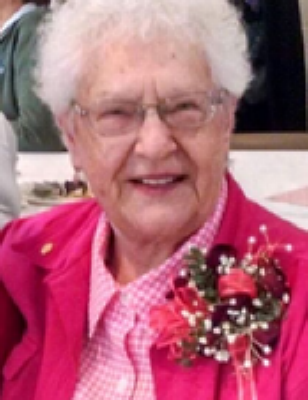