Share a memory
Obituary & Services
Tribute Wall
Read more about the life story of Otto and share your memory.

Otto William Kalmbach, 87, of Cadillac, Michigan passed peacefully into heaven on Sunday, January 15, 2023. He was a beloved husband, father, and grandfather.

Otto was born on August 20, 1935, to Otto and Hazel (Johnson) Kalmbach in Petoskey, Michigan. At age eight, his widowed mother married Louis Price. They moved to Bay Shore where he attended a single classroom schoolhouse. He attended Petoskey High School where he played football and played bassoon in the band. At the University of Michigan, he sang in the Michigan Men's Glee Club and received a degree in civil engineering.

After college Otto completed an internship in Wyoming. As a summer job prior to his marriage, he helped build the approaches to the Mackinac Bridge. For over 35 years before retiring at age 62, he worked in the highway design department for the Michigan Department of Transportation in Cadillac.

Otto married Martha Ellen Shawley on August 23, 1958. They spent the rest of their lives in Cadillac, Michigan, where they raised three children. They were happily married for 63 years until Martha's death.

Otto enjoyed teaching and taught his children many valuable lessons about life-how to balance a checkbook; how to weed a garden and do lawn care; how to hunt for and find morel mushrooms, wild huckleberries, elderberries, and blackberries; how to identify various birds at the bird feeders. After retirement, he really enjoyed woodworking. He made many things for their home, and his descendants all enjoy items he crafted in his workshop. He almost always whistled while he worked at just about anything. His children remember him singing songs from the glee club.

Otto was active at Temple Hill Baptist Church. He taught Sunday School for many years, beginning with children and youth, and then adults. Through the years of teaching adults, he taught most of the Bible. His favorite Biblical books to teach were Genesis and Isaiah. He spent many hours studying the Bible. He published a book about angels and wrote several booklets on various Bible topics.

Funeral services will be held at Temple Hill Baptist Church on Friday, January 20, 2023, at 11:00 a.m. There will be visitation before the service from 9:00 a.m. until the time of services with a luncheon to follow.

Condolences and memories may be shared with the family online at www.Hitesman-Holdship.com.

The family is being served by the Hitesman-Holdship Funeral Home. 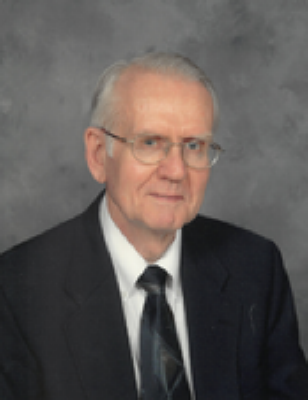