Share a memory
Obituary & Services
Tribute Wall
Read more about the life story of Patsy and share your memory.

Marion - Patsy A. Thompson, longtime resident of Marion passed away on Thursday, November 17, 2022 at Maple Ridge Living Center in Lake City. She was 86.

Patsy was born on February 1, 1936, in Evart, Michigan to Clyde and Mary (Davis) Cooper; she was one of eventually 11 children. Patsy was married to Roy D. Thompson on January 1, 1955 in Marion. Roy preceded Patsy in death last year in September, following 66 years of marriage together.

Patsy was a faithful and devout Christian, who was strong in her faith. She was caring and giving soul and with her heart for the Lord was a true prayer warrior, praying for those she just met or came in contact with. She also loved to sing and was active in the church helping to plant the seed for many other churches or aid in the kids programs.  Patsy was a hard working farmer's wife and rarely had idle hands as she raised her children as well as foster kids.  In earlier years, Patsy could often be found tending to her garden, canning the fruits of her labor, or caring for other kids in the community as she helped to baby sit, feed, clothe, and give guidance to several young people.  Her time in the kitchen benefited many as she created delicious cakes, pies, and many family meals.  She cherished any and every opportunity to see and spend time with her grandchildren, great-grandchildren and other family members. Patsy will be deeply missed by her loving family and the Marion community alike.

She was preceded in death by her husband, Roy; parents, Clyde and Mary Cooper; and her two sisters, Lela and Martha and five brothers, Buddy, Bill, Jack, Ralph, and Roger in infancy.

Funeral services will be held on Saturday November 19, 2022 at 2:00 pm at the Fosnaught-Holdship Funeral Home, with visitation one hour prior.  Interment will follow at the Greenwood Cemetery in Marion, with a luncheon afterwards at the Marion VFW.

The family would like to thank all the staff at Maple Ridge for their care and attention they awarded Patsy during her time there.  Memorials may be directed to the Maple Ridge Living Center in Lake City to benefit the residents 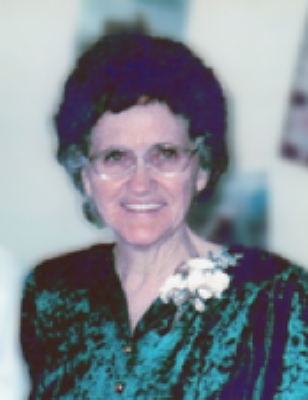