Share a memory
Obituary & Services
Tribute Wall
Read more about the life story of Ricky and share your memory.

Ricky Jay Letts, of Lake City, passed away on Tuesday, January 17, 2023 at Munson Healthcare Cadillac Hospital. He was 74.

Rick was born on December 20, 1948 to Harley and Leontine "Tina" (Byron) Letts in Cadillac, Michigan. He was a graduate of Manton High school, and married his high school sweetheart, Cheryl D. Barnes. He spent his career working for AAR, the former Brooks and Perkins, for over 28 years until his time of retirement. Rick was an incredibly talented mechanic and worked at several garages throughout his life, including Asshole's Garage, working on and fixing numerous vehicles. Rick's knowledge of cars and mechanics carried on long after he quit working, providing advice and knowledge for many of his friends. He had a passion for cars and dedicated his time to drag racing, where he made countless friends. In his spare time, he could be found outdoors hunting and occasionally fishing. He enjoyed putting a smile on people's face and making people laugh. Rick cherished the time with his family and friends.

He was preceded in death by his parents, Harley and Tina; brother, Neil "Butch" Letts; and the mother of his children, Cheryl Barnes.

A Celebration of Life will be held on Saturday, February 18, 2023 at the Barn Hall in Manton, with a time to be announced at a later date.

In lieu of flowers, memorial contributions may be directed to the Letts family, in care of Leane and Dick. 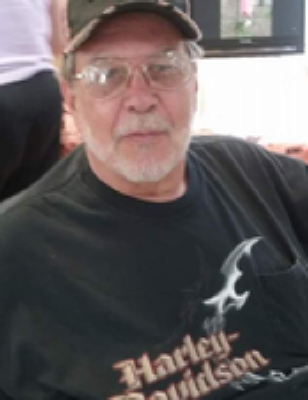