Share a memory
Obituary & Services
Tribute Wall
Read more about the life story of Roman and share your memory.

Roman William Schlitz, age 84, of Houghton Lake, MI, died unexpectedly at his home and woke to the Glory and Love of the Lord on Saturday, December 17, 2022.

He was born in Burlington, WI, on January 22, 1938, and later raised a family in Kenosha. He was preceded in death by his son, Jeffery Schlitz; his parents, George and Dorothy (Busch) Schlitz; his sister Roberta Schlitz; his mother-in-law and father-in-law Marian and Carl Larsen; and brother-in-law Larry Larsen. He is survived by his loving wife, Barbara (Larsen) Schlitz, whom he married on June 8, 1963. Roman is also survived by his daughters, Heidi Harris (Tod Harris), Marnie (Rick) Battista; his daughter-in-law, Sheila Schlitz; his grandchildren, Ashley Harris, Tyler Harris, Grant Harris, Brooke (Michael) Andrusiak, Brittany Battista, Sydney Battista, Lauren Schlitz, Aaron Schlitz, Megan Schlitz; his future great-grandchild due in July 2023; his brothers, Dave (Kathy) Schlitz, Leroy Schlitz; his sister, Mary (Don) Dietz; and his sister-in-law Charlene Larsen.

Roman served in the Army Reserves for six years as a Munitions Handling Specialist. He then went on to lead a successful accounting career in the automotive industry for nearly three decades. Roman had a lifelong passion for fishing which brought him and his family to Michigan later in life where he spent countless summers on the lake. He was also an avid hunter and member of the Wheatland Trophy Club along with his family and friends. Roman was the definition of a family man and supported his children or grandchildren endlessly. He never missed his morning walk or an opportunity to offer a helping hand to others. Roman was a man of faith and regularly attended St. James Catholic Church.

In lieu of flowers, memorial contributions may be made to St. James Catholic Church. We believe that God wanted Roman to rest peacefully following a life filled with love.

A Celebration of Roman's Life will be held in Michigan in the early Summer of 2023. 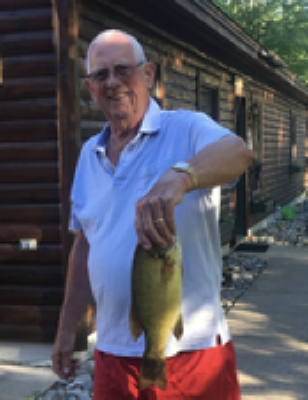