Our founders, James and Mae Young, opened the doors of Young Funeral Home in 1936. Since that time, we have stood firmly rooted in tradition, yet flexible and yielding to the developments in funeral service, and the ebb and flow of popular trends. No matter the year, it has always been our goal to serve our community to the best of our ability – to care for those who come to us as if they were members of our own family.

You can be truly comfortable calling upon us, because you’ll be connecting with neighbors and friends – each of us recognizes the deep pain of loss through professional training tempered by personal experience.

We’ll listen closely to your stories, provide information when we see the need, and help you to arrive at decisions you can be pleased with for years to come.

The funeral home, at its present location, was built around 1870, and was the original home of Francis Gaffney, an attorney. Mr. Gaffney took on the role of father to the orphan boy, Henry Miltner. At that time, the building was a simple two-story narrow structure, on a sandstone foundation.

In 1898, the house was remodeled by builder John Besig, who was assisted by Fred Reeder. This initial remodel included the first addition and a porch built on the north side.

In 1914, the building became the summer home for the Henry Miltner family, who lived 15 miles away, in Cadillac. They would come to Lake City for the summer, to enjoy fun and relaxation along the shores of Lake Missaukee. 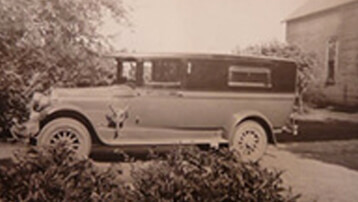 In 1927, James L. Young, as a junior in high school, began his career in the funeral business, under the guiding hand of Edward DeYoung. Mr. DeYoung owned the furniture-hardware-funeral home in McBain, Michigan. James continued helping until he acquired his funeral director/embalmer license in 1934. He attended classes once a week for 6-8 weeks, and apprenticed for two years.

In the early 1930s, Henry Wells rented the home from Henry Miltner, and began the Wells Funeral Home. Shortly thereafter, Mr. Wells passed away and his widow was carrying on the business.

It was in 1936 that James and Mae Young purchased the Wells Funeral Home in Lake City, just ten miles from McBain. The business name was then changed to Young Funeral Home. Along with the funeral business, an ambulance service was available.

In 1943, James purchased the property from Henry Miltner. 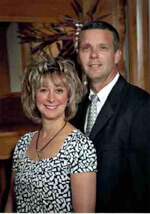 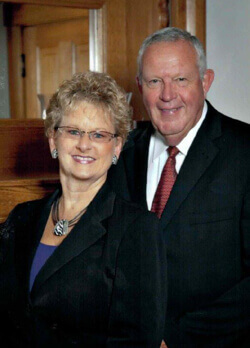 In 1962, James' son, Richard J. Young, known as "Dick," received his mortuary science license, and in 1975 Dick and his wife Susan purchased the family-owned and operated business. The ambulance service was discontinued in 1967.

In 1986, Dick and Susan's son, Richard James, or "Rick" graduated from Mortuary College, and in 1996, returned to Lake City to begin the third generation of funeral directors.

In 2002, Rick and his wife Anne, purchased the business, and chose to incorporate the business.

Each succession of family has raised their children in an apartment on the second floor of the business and the children learned many aspects of running a family owned business, simply by living in such close proximity. 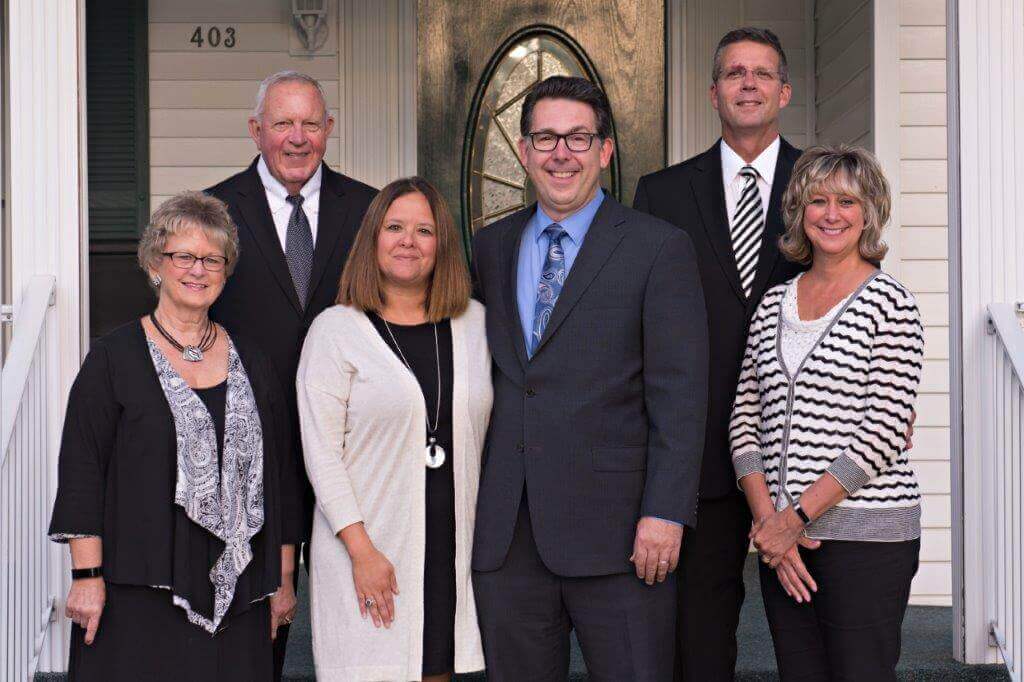 Throughout the years the building has taken on many facets of change, but one thing that remains the same is our service to the community. With loving care and concern, in the deepest time of sorrow. For over 82 years we have been committed to the families that we serve and are dedicated to the funeral profession.

Knowing whom you serve and how best to fill their needs, helps to build trust, especially during a time of loss. Working in a small town, we know the families we serve, many of whom are close friends. Sometimes the hardest funeral to do is for someone you've known and loved for years. Through these strongly-built relationships, the family has complete trust and assurance that the funeral director will handle every detail.

For the grieving families who have entrusted their loved one to us, we want to provide a service of remembrance for the life that was lived and for that individual's life not to be forgotten. We are dedicated to care for each family regardless of their economic status. We are committed to strive for trust, respect and excellence.

You are welcome to call us any time of the day, any day of the week, for immediate assistance. Or, visit our funeral home in person at your convenience.